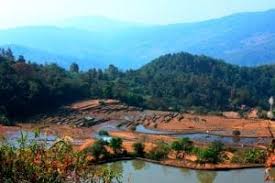 In a bid to tap the tourism potential of Bhairabkunda -a picturesque tri-junction located in the Himalayan foothills of Assam, Arunachal Pradesh and Bhutan and to register its unmatched natural beauty on the tourism map of the country, the seventh edition of Bhairabkunda festival will be held with a five-day extravaganza from January 8 at Bhairabkunda.

This was decided in a general meeting held at Bhairabkunda tourism development centre on Saturday. A reception-cum-festival management committee to this effect was formed with State Minister Rihon Daimari, Speaker of BTC Assembly, Tridip Daimari, and MCLA of Bhairabkunda BTC constituency, Ripen Daimari as president, working president and secretary respectively.

The celebration committee members said that the Bhairabkunda festival would reflect the age-old bond of fraternity, unity and integrity among the diverse ethnic linguistic groups, including those from neighbouring Bhutan and Arunachal Pradesh, and its mission was to give an exposure to the tourism prospects, self-employment opportunities for the educated unemployed youths and to promote communal harmony and tranquillity in the region.

The festival will also feature cultural exchange programmes among Bhutan, Arunachal Pradesh and Assam. This time the Bhairabkunda tourism festival will have new additions like para gliding, elephant safari and ethnic food exhibition.