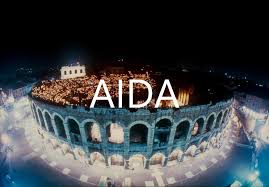 AIDAcara returned from the first world tour in the history of AIDA to its “home port” of Hamburg. The ship had cast off on a 116-day cruise around the world with around 1,100 guests on board on October 17, 2017.

Several escort ships with relatives and friends of the world travelers set out early in the morning to greet the ship on the Elbe with a celebratory fireworks reception. Before Captain Tommy Möller safely maneuvered the ship to its berth at Steinwerder, AIDAcara did another round in front of the Elbphilharmonie.

AIDAcara departed from Hamburg in October 2017, stopping in Lisbon and Praia (Cape Verde) before heading first for South America. As is the tradition, Neptune and his entourage christened guests and crew on October 31, 2017, as they crossed the equator for the first time. Dream destinations such as Rio de Janeiro (Brazil), Montevideo (Uruguay), Buenos Aires (Argentina), and Ushuaia in Tierra del Fuego were just a few stations before the ship traveled on to San Antonio (Chile) and to Easter Island. From there, the cruise continued to Tahiti, Moorea and Bora Bora in the South Seas paradise of French Polynesia. Auckland (New Zealand), Sydney (Australia), the Great Barrier Reef, Bali and Singapore were further highlights. Altogether, AIDAcara traveled to 40 ports in 23 countries on five continents.

The entertainment program on board also offered high-caliber enjoyment for everyone. Crime writer Jörg Böhm who wrote the cruise novel “Moffenkind” in collaboration with AIDA Cruises gave diverse readings. And, as part of the “Celebrities Read” series, native Hamburg actor Wanja Muesstellte presented his favorite books. DFB coach and star fitness trainer Dr. Pedro Gonzalez got fitness fans among the guests in shape with professional tips and the renowned guest artist and entertainer Terrél Woodbury topped off the world cruise entertainment with singing, dancing and choreography.

Following its cruise around the world, AIDAcara will be heading for “Winter far up north” on two different routes. An AIDA Selection cruise, guests will enjoy a true winter fairy tale filled with unforgettable impressions of Norways beauty in February and March 2018, from/to Hamburg on 14- and 15-day tours.

Tags: cruise news, The AIDA 2018 season is kicked off