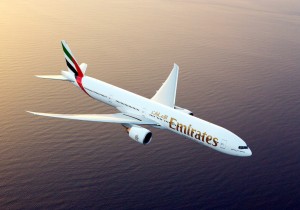 Emirates is going to become the first international airline to introduce biometric boarding on US-bound flights.

The US Customs and Border Patrol (CBP) has recently approved the facial recognition boarding feature on flights to their 12 destinations in the US. However, using the feature would be made optional for the passengers. They will get an option for opting the biometric boarding.

The system is supposed to save on time one takes to board the big airlines. This will also help to identify passengers based on the facial recognition feature. Also, it will ensure less manpower engaged in the airline. Emirates had deployed gate agents for identifying passengers. Gate agents are tasked to use facial scans to board passengers so that they don’t have to manually compare their faces with their passport photos. Worth mentioning here that the Delta Air Lines and the American Airlines have already introduced this feature into some of their flights. Emirates have made it clear that Emirates will not manage the data rather CBP will do it.

Under the system, the photo of the passenger that has been taken at the boarding gate will be matched with the CBP’s records of the passenger. The passenger’s identity can be verified in just two seconds. Those who would not have records in the CBP’s database will need a manual check at the gate.

Emirates has already conducted the trial of this new feature in July and August. The new feature was tested on flights to New York and Los Angeles from Dubai.  Emirates has claimed to have got success in the trials. As per it, several flights recorded 100 per cent biometric boarding. This means there was no manual check-up at the airports. Emirates has fixed the 2020 deadline to introduce this feature on US-bound flights. Among the destinations which will be covered include New York, Boston, Chicago, Dallas, Houston, Los Angeles, San Francisco, Seattle, Washington DC, Orlando and Fort Lauderdale.