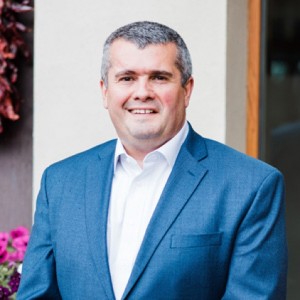 In 2015, Bixente was appointed Hotel Manager of Four Seasons Hotel Houston, which saw him overseeing daily operations while playing a part in a major renovation that included, among other enhancements, the launch of a new food and beverage outlet.

Though his three-year run as Hotel Manager was nothing if not rewarding, Bixente admits that he prefers the pace and promise of a resort. “It’s business versus pleasure,” he says. “What we have here in Santa Fe is a place for families and couples to share special moments they’ll always remember. I want every guest to have experiences like that.”

Bixente’s initial focus at the 57-acre (23-hectare) Resort is on raising awareness of the peaceful isolation and experiential opportunities that await guests and locals in the foothills of the Sangre de Cristo Mountains. “I want travellers and the community to develop a deep emotional connection to this property and escape to a magical destination,” he says, noting outdoor experiences that are available year round, courtesy of the Resort’s onsite adventures team. “This is a unique place of privacy, tranquility and luxury where they can disconnect to reconnect and make memories for life.”

Born outside of Bordeaux but raised near the Spanish border in the Basque region of France, Bixente grew up cooking alongside his grandmother and pursued culinary training as a teenager. He cooked first in his native region; then on an aircraft carrier for the French Navy during mandatory military service; and finally for hotels across South America and Central America, eventually becoming an executive chef on an opening team in Managua, Nicaragua before moving on to the same position at two hotels in the United States.

Bixente believes that his time in the kitchen gave him “a big advantage” for his eventual career in management. “You grow in the back-of-the-house and get firsthand experience in what the staff goes through everyday,” he says. “More than anything, you learn how to please guests.”

Now wrapped in the striking beauty and charm of New Mexico, Bixente prefers to spend his downtime pursuing simple pleasures with his family: cooking, following soccer and rugby, and occasionally playing golf. “I always wanted to be someplace that had roots in Spain, so I’m happy I ended up in Santa Fe.”