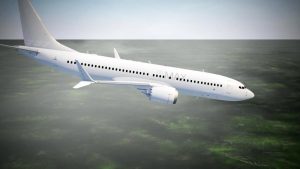 After two fatal crashes in five months involving its best-selling 737 Max jet, Boeing sent a team to reassure airline bosses of its focus on safety at their annual gathering in Seoul. They faced a tough crowd.

The International Air Transport Association (IATA) event began Sunday with an opening ceremony in which sobering news reports on the disasters were beamed onto super-sized screens as the industry group’s head, Alexandre de Juniac, warned that the plane-approval process is damaged and the industry under scrutiny.

The doubts about a speedy resolution to the Max crisis hang over the two-day meeting, aviation’s biggest gathering since the second crash in Ethiopia in March and a key annual forum for top-level discussions. Airline chiefs said Boeing must convince regulators worldwide of the 737’s safety, not just the U.S. Federal Aviation Administration, if it’s to restore faith in the model.

Emirates President Tim Clark said in an interview at the gathering said that unless they get all regulators on board, irrespective of how good or how well they think they’ve fixed the aircraft, it’s not going to work.

The 737 Max was grounded worldwide after the crashes in Ethiopia and Indonesia killed a total of 346 people. The FAA has said there’s no time frame to sign off on Boeing’s proposed software fix for the jet, leaving airlines struggling to plan for an end to the disruption. While India’s SpiceJet Ltd. predicts the plane may fly again in July, Emirates reckons it could be December and Singapore Airlines Ltd. says it’s impossible to know.

Christy Reese, Boeing’s vice president of Asia-Pacific commercial sales and marketing, said in an interview in Seoul said that they are definitely looking to restore confidence. A spokesman for the Chicago-based planemaker said the company is focused on supporting customers in every way possible to ensure complete confidence in the 737 MAX and a safe return to commercial flight.

To compound Boeing’s challenges, another problem emerged late Sunday. U.S. aviation regulators said airlines worldwide must inspect 312 of the 737 family of aircraft, including some of the grounded 737 Max, because they have wing components that are prone to cracking and must be repaired within 10 days.

Not everyone is losing patience in Boeing. Panama’s Copa Airlines, which has ordered more than 60 Max jets, said it has no plans to change its purchase.

Even if the FAA agrees to Boeing’s safety upgrade, the Max’s reach would be limited if other authorities, especially in Europe and China, fail to clear the jet to fly, and Ed Bastian, chief executive officer at giant U.S. carrier Delta Air Lines Inc., led calls for coordinated regulatory action.