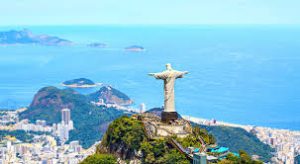 The number of Americans booking flights to Brazil has increased 39% since Brazil President Jair Bolsonaro waived a visa requirement for the US citizens in June, as per its official tourism agency, which is planning to draw more US visitors.

“Brazil is much more than the land of caipirinhas and tiny bikinis. We want to focus on ecotourism and our vast natural resources, from the Amazon rainforest to the Pantanal wetlands,” Embratur President Gilson Machado said. Machado said that he spoke to U.S. airlines about adding direct flights to more Brazilian cities.

With an annual budget increased by Bolsonaro to US$ 120 million from just US$ 8 million, Embratur will launch a publicity campaign for marketing Brazil as a new country and a much safer one.

Violent crimes in Brazilian cities declined by 25% during Bolsonaro’s first year in office and public security have been reinforced at tourist hot spots, said Machado.

Brazil eliminated tourist visa requirements for visitors from the United States, Canada, Australia and Japan in June and is planning to do the same for India and China to improve tourism. Embratur plans to turn Brazil into a global scuba diving destination, with 1,200 old boats, vehicles and planes to be deposited in the sea to create artificial reefs.