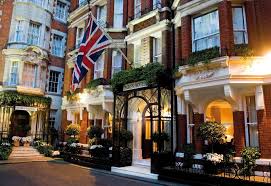 The latest forecast for UK hotel performance from PwC predicts a flattening due to weak business-travel demand and an influx of new rooms scheduled to open across the country.

Overall hotel occupancy across the country could be supported, PwC predicted, by a strong number of budget hotels poised to open outside of London. And with Oyo Rooms also announcing expansion into the UK, Brexit looked to be driving Britain toward ‘bargain’ hotels.

The organization said that the outlook for London had levelled out with year-on-year occupancy growth of only 0.1 percent in 2018 and a marginal fall of 0.5 percent forecast for 2019, which would see occupancy levels drop one percentage point to 81 percent in 2019. Revenue-per-available-room growth would remain static with 0.3 percent forecast for both 2018 and 2019, a contrast to the 4.6 percent growth in 2017.

Just after PwC released its report, India’s Oyo Rooms announced its own global growth plans. The India-based budget hotel group has grown from its beginnings as a platform in 2013 to offer franchising and asset management. The group, which raised $1 billion in a round led by Softbank Investment Advisors in September, was to invest £40 million in its expansion in the UK, aiming to sign up to 300 independent hotels with 5,000 guestrooms by 2020, launching with two hotels in London’s Edgware and Ilford neighborhoods.

The company will use a franchise model to expand, offering redesign, property management and marketing and is to target the unbranded independent market in the UK, which is has been targeted by brands such as Premier Inn. The sector now will be watching to see whether the additions to the market cannibalize existing business or are met by demand as travelers trade down. The view either way seems to be that, as Brexit approaches, the UK is ever more the bargain.