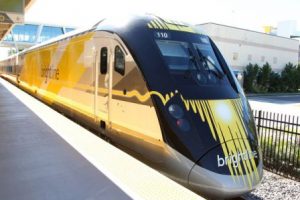 Brightline Railway System, a Miami to West Palm Beach inter-city private-sector train operator recently suspended its operations. The decision has been undertaken in light of the coronavirus pandemic as cases continue to rise across the globe. All operations of the rail operator have been suspended temporarily.

Brightline said in a statement that the decision would contribute to helping slow the rapid spread of the coronavirus to a rate with which healthcare systems can cope. In addition, the railway system has desired to prioritise the safety and health of its guests, teammates, and community.

The company said it did not have a definitive timeline to start running again. Therefore, operations will remain suspended until further notice. It would be following advice from local and federal agencies and act according to the demand of the situation.

Patrick Goddard, President, Brightline Railway Operators said in a recent press that similar to other businesses, the railway system is also operating in a period of uncertainty. He assumed that the period may last several months. He mentioned that the company has decided to temporarily suspend Brightline service despite it being a difficult decision. He shared that the action has been thought of keeping in mind the best interest of the entire South Florida community in a time when everyone is seeking to flatten the curve of the virus spread.

He further added that Brightline is taking proactive measures with their Phase 2 construction teams. They are continuing the construction operation in order to keep people employed and continue construction between Orlando and West Palm Beach. He concludes by saying that the company looks ahead toward the economic recovery of Florida. He also mentioned that in near future projects like Brightline will help create jobs in the region. It would also create a transportation network that will be more important than ever.