Brisbane emerging as a city filled with business events 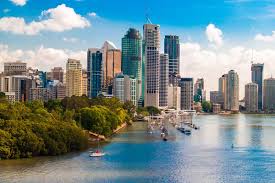 A US-headquartered paediatric health symposium has chosen Brisbane as its first-ever Asia Pacific host city, with 500 global experts to meet in March 2021.

The successful bid for the AG Bell Global Listening and Spoken Language Symposium was led by economic development board Brisbane Marketing in partnership with Hear and Say, a local non-for-profit providing early intervention services for children with hearing loss.

Hear and Say’s Clinical Director, Emma Rushbrooke, was one of the first recipients of the Lord Mayor’s Convention Trailblazer Grant. She used the grant to attend the symposium in 2018 and worked with Brisbane Marketing to advocate for Brisbane as a future host city.

Lord Mayor Adrian Schrinner said the three-day symposium would highlight Brisbane and Australia’s world-leading expertise in paediatric hearing and healthcare research while generating over $890,000 for the local economy.

Cr Schrinner said that business events generate an average $250 million for economy of Brisbane annually, and each conference that comes to the city facilitates knowledge exchange, partnerships and boosts the local tourism, hospitality and service sectors.

“Teaming up with professionals like Ms Rushbrooke to attract international conferences is precisely why the Lord Mayor’s Convention Trailblazer Grant was established and it’s pleasing to see another conference secured through the program.”

Ms Rushbrooke, who was recently the first Australian named President of the AG Bell Academy Board, said the symposium has a significant potential impact for Hear and Say, the paediatric hearing healthcare sector and Brisbane as a city.

“This conference will significantly boost Hear and Say’s profile, enhancing our reputation as specialists on an international scale, and showcasing our Brisbane HQ as a centre of excellence for paediatric hearing healthcare, research and training,” Ms Rushbrooke said.

“I think the wonderful thing is that Australia actually is recognised internationally for its excellent level of service for children with hearing loss.

“I don’t think a lot of people are aware of how amazing the outcomes are and now that more than 90 per cent of children in Australia are screened for hearing loss at birth, early intervention is exponentially improving their ability to speak and hear and engage in all aspects of life.

“We are doing some great research here in Australia and now we are being recognised internationally for our excellent level of service for children with hearing loss. I’m really excited we will be hosting the first conference of its kind in Brisbane.”