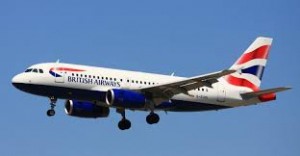 British Airways has angered Chinese internet users after the website’s drop-down menu had listed Hong Kong and Taiwan as independent nations, an issue that is politically sensitive to China.

Ever since the blunder British Airways has taken to China’s version of Weibo and Twitter to explain the matter.

It mentioned in a certain post that British Airways supports the territorial integrity of the Chinese government. It also added that they had followed all the international laws and fulfilled all their responsibilities.

British Airways has served the Chinese market for over 80 years and therefore for this reason they feel quite honored for such a prolonged associated with Chinese government.

The airlines said in a statement that insulting the national sentiments was not their intention at all.

Then they said that presently they have started making attempts to update the technical systems. British Airways has served the Chinese market for over 80 years. For this reason they feel honoured and special.

One of the social networking users have responded stating that the situation bears a resemblance to Gibralter and the UK while one of the users has requested the Ministry of Culture to close the website of British Airways.