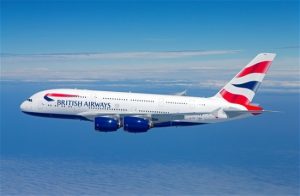 The Unite union has warned that the British Airways flights from Gatwick might go on a strike due to a row over rosters .

A video has been published by the union representing the cabin crew at the Sussex airport urging members to share it.

It starts as  there are pretty serious dispute taking place at the British Airways Gatwick  and could cause a lot of disruption to the customers if it isn’t  resolved.

It further depicted that as many customers know that British Airways has made cuts over the years.

Free food and drink for the customers was axed in 2017 and when BA is reporting £1.9bn profit, the airline says its crew must make even more savings. The cabin crew have said ‘enough’ this time.

After long-haul flights to Las Vegas there will be a reduction in the time ‘down route’ of which the cabin crew were particularly concerned.  The stay in Nevada city will be cut down from two nights to one by BA.

Unite stated that this implied less pay for tired cabin crew who need to be alert in case of emergency.  These cuts were deemed as corporate greed and employee exploitation.

The airline further refuse to commit to cabin crew rostering rules mentioning that the staff will have no certainty over how many hours or days in a week they will work.

As per the video if the company goes ahead, all BA flights from Gatwick could be affected by the strike.

Booking through another airline will be the only way customers can have a seamless journey until the dispute is settled.

According to British Airways the change of rest arrangements at Las Vegas brings Gatwick crews into line with staff at Heathrow, who also fly to the city.

A BA spokesperson find this to be a  normal practice and well within industry and regulatory standards.

The latest company-wide pay proposals from the British Airways have been rejected by Unite, the British Airline Pilots’ Association ( BALPA) and the GMB union.

The unions said in a letter to the airline that they could not recommend the offer to members but they will be ready to consider any serious, revised proposal BA may wish to put forward.

The latest pay proposal of 11.5 per cent over three years is fair and generous and they remain open for discussion with all the trade unions.