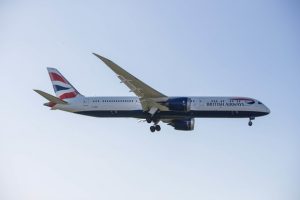 On a three-class Boeing Dreamliner three-per-week service will be operated.

The newest long-haul aircraft 787 is 20 per cent more fuel efficient than other aircraft. It has larger windows, mood lighting and the latest inflight entertainment system.

A number of Pakistani and British Pakistani colleagues who can communicate in Urdu and there have shown interest to work on the flights.

Andrew Brem, chief commercial officer at British Airways, said that the excitement is building as they had put the final touches to this exciting route launch.

So far the anticipation from customers and colleagues was palpable and it is expected that the customers both in the UK and Pakistan will enjoy the classically British service they offer, with thoughtful bespoke touches.