British Airways will suspend all flight services to Japan 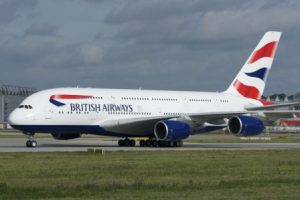 British Airways will suspend all flights between the United Kingdom and Japan later this week, with the country’s prime minister Shinzo Abe set to declare a state of emergency.

The website confirms that the last British Airways flight from Tokyo to London will operate on Wednesday April 8, with any customers scheduled to fly after this date advised to contact the carrier “urgently to make alternative arrangements to return home”.

Direct flights from Japan to the UK are still currently being operated by the country’s flag carriers Japan Airlines and ANA, and there are also a “limited number of indirect flights to the UK transiting via a third country, including with Qatar Airways and Air France”.

But the Foreign Office warns that a significant number of airlines have suspended flights, and airlines will continue to review their services in the coming days, adding that those who want to return to the United Kingdom soon should take account of the fast moving situation and plan accordingly.

Japan has suspended its visa waiver system for anyone travelling on a British passport until at least the end of April, and arrivals who have been to the UK in the last 14 days are currently unable to enter Japan, “other than in exceptional circumstances.

The news comes as reports suggest Japan’s prime minister Shinzo Abe is set to declare a state of emergency, after a rise in coronavirus cases in the capital Tokyo over the weekend.