British passport holders could be turned away from E.U. airports over new passport rules 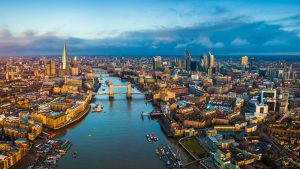 British tourists to the European Union will face arduous red tape because of Brexit, the United Kingdom government has confirmed. During this transition period for the remainder of the year, U.K. passports are valid for travel anywhere in the EU up to and including the date of expiry. But tough new rules will come into effect on 1 January 2021, which mean that a traveller whose British passport has almost 15 months to run could be turned away from the airport. HM Passport Office has issued a notice confirming that the British travellers need to have at least six months left on an adult or child passport to travel to most countries in Europe.

Unfortunately for millions of British passport holders, the EU’s definition of “six months left” may be very different from the date in the passport. The European Union has strict rules on passport validity for travellers visiting from outside the EU. The passports issued by non-member countries are regarded as expired once they have been valid for 10 years.

For many years, until September 2018, the U.K. had the generous policy of allowing credit for “unspent” time when renewing a passport, issuing documents valid for up to 10 years and nine months. So a passport issued on 30 June 2011 could show an expiry date of 30 March 2022. This was not a problem while the U.K. was in the European Union.

But now, while the expiry date printed in the passport remains valid for the UK and other non-EU countries around the world, within the European Union the issue date is critical.

That passport issued on 30 June 2011 will be regarded as expiring on 30 June 2021. Therefore if its holder attempted to board a plane to the European Union on New Year’s Day 2021, it would have insufficient validity and the airline would be obliged to turn them away. The change and complexity are inevitable consequences of leaving the European Union, but until September 2018 the government appeared unaware of the issue. Once the problem was identified, the practice of giving up to nine months’ grace ended abruptly.

The rules also apply to Switzerland, Norway and Iceland, as well as the small countries of Andorra, Liechtenstein, San Marino and Vatican City. They do not apply to Ireland, for which passports are not legally necessary due to the Common Travel Agreement between the Republic and the United Kingdom.