Brunei targets to enrich as a sustainable tourism destination 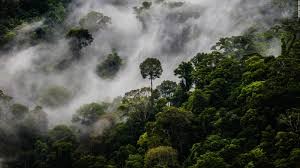 The jungles of Brunei in the world of Borneo is running a successful and conserving nature along with the eco tourism push in bringing the economic opportunities for local people, long struggling to find a path to prosperity.

Brunei remains the least visited country within the ASEAN region in terms of international and national tourists.

But the number of tourists have been increasing steadily in recent years as more government support has found its way to the sector and the country’s natural gems have become more widely known.

Brunei has increasingly been looking to diversify its economy, as there is a rise in oil price and, as a result, tourism has been thrust into focus.

With the rich supply of pristine biodiversity in the nation, the small-scale eco-tourism has risen to the fore, particularly in Temburong, the easternmost part of Brunei. This part of the nation is separated from the capital and the three other provinces by the Malaysian state of Sarawak.

In the year 2008, Leslie Chiang of Center for International Forestry Research was looking for the major tourism opportunities to launch a tourism business of his own and found the space and inspiration in the wilderness around Ulu Temburong National Park.

This place of boondocks where he would establish Sumbiling Eco Village (SEV) is amid one of the best preserved tracts of primary rainforest in all of Borneo.

Mr Leslie Chiang is a pioneer in community-based tourism, with a focus on ecotourism projects that provide to endorse the awareness and cultivate sustainability and responsible tourism in all the ways.