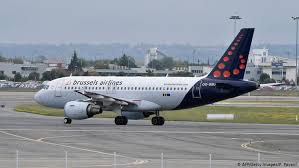 Brussels Airlines – together with the other Lufthansa Group Network Airlines Austrian, Lufthansa and SWISS – officially moves its Berlin flights from Berlin Tegel (TXL) to the new Berlin Brandenburg Airport (BER). At 06h50, flight SN2592 will be the first Brussels Airlines flight to take off from the new airport. The first landing is scheduled for 7 November in the evening, when SN2591 arrives in Berlin for a nightstop.

A centrally organized security checkpoint, modern technologies in the control lanes and more spacious terminals promise great convenience at the new Brandenburg Airport. A highlight is the 1,560 square meter Lufthansa Lounge, located in the northern part of the Main Pier and offering an exclusive apron view of the Berlin skyline. Passengers travelling on Lufthansa Group Airlines with Business Class Ticket, Frequent Traveller, Senator or Star Alliance Gold Status can relax, refresh or work in peace in the Lufthansa Lounge with separate Senator and Business areas before their flight.

On 31 October, Berlin’s flight operations gradually start moving from Tegel Airport (TXL) to the new Berlin Brandenburg Airport (BER) over the course of one week. Tegel will close its doors on 8 November 2020.

The 32 weekly flights Brussels Airlines operates between Brussels and Berlin will keep the same schedule and the same flight numbers after the move. Brussels Airlines’ booking systems are being converted to the new airport. Customers who book a flight for the period from 8 November onwards will no longer see Tegel as their destination, but the new Brandenburg Airport (BER). Passengers who already hold a ticket for a flight after 7 November will be informed and rebooked to the new airport.