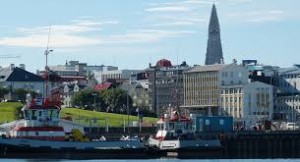 Iceland is slowly turning out to be world’s least affordable countries as a result of a huge influx in tourism in the last few years. Few economists and government officials have talked about concerns in terms of rising rents and real estate prices, which have disadvantaged social mobility for maximum Icelanders.

Ever since the 2008 crisis, Iceland has come up as one of the most sustainable economies in the advanced world. This financial resurgence was aided by gains in fishing and manufacturing, along with a gradual normalization in the banking. Nevertheless, the island nation is currently experiencing a new challenge.

Between 2008 and 2017, Iceland has witnessed a 440-percent growth in tourism — from 500,000 to 2.2 mln foreign visitors every year. Regardless of driving revenues and expansion in the services, consumer, and hospitality sectors, this upsurge of tourism has welcomed new challenges to the nation of 350,000 people.

International tourists have motivated a huge rush of cash liquidity into the island, contributing to an influx not only in the prices of hotel but also in regular rents — as few visitors have opted for extended stay accommodation.

Rents have risen, not least as a result of lack in new residential construction — and everyday Icelanders, wealthy tourists, along with numerous expats and migrants are competing in the rent market for the same accommodations at present.

Also, the increasing profitability of tourism has contributed to a continuous rise in property values, stirring the bubble concerns. Consequently, the Icelandic government has moved to limit foreign ownership of land and property, seeking to improve the affordability issues for its own citizens.