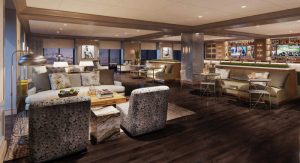 The hotel is among seven Cambria locations expected to open this summer in top-tier markets across the country – including the Cambria Hotel Richardson – Dallas – together representing over 1,200 upscale rooms.

Located in the heart of the central business district at 1314 Texas Ave., the Cambria Hotel Houston Downtown Convention Center is a short walk to the George R. Brown Convention Center and Minute Maid Park, the home stadium of the city’s professional baseball team. The hotel is convenient to major corporations and the region’s largest employers, including Chevron Corp., JPMorgan Chase & Co. and United Airlines, as well as the city’s many entertainment, dining, culture, history and arts offerings, including the Theater District, Avenida Houston, Main Street and the Historic Market Square neighborhood.

Cambria Hotel Houston Downtown Convention Center features upscale amenities that appeal to modern travellers. The multi-function meeting and event space for up to 162 people on the 20th and 21st floors providing sweeping views of the city.