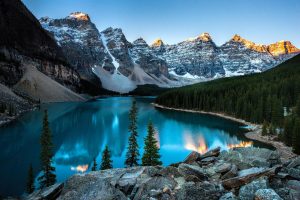 Canada had second consecutive record-breaking year with 21.13 million travellers to Canada in 2018 as per Canada’s national marketing organization. Tourism contributes an estimated U.S. dollar 102.5 billion to the Canada economy. Tourism is a key part of the Canadian economy.

Mélanie Joly, Minister of Tourism, Official Languages and La Francophonie said “We want Canada to take its rightful place among the world’s top destinations.” They are developing a new tourism strategy.

Ben Cowan-Dewar, Chairperson of Destination Canada’s Board of Directors said: “Destination Canada has aligned industry partners across the country when marketing Canada internationally to give Canada a competitive edge and consistent voice to position Canada as top of mind for travellers from all over the world.”

Overnight arrivals to Canada from countries other than the United States reached an all-time high of 6.7 million in 2018, which was a 32 per cent of the total arrivals. Overseas tourists typically stay in Canada longer and spend more, benefiting tourism businesses in communities across Canada, and the economy.

Due to new flight routes and increased service to Canadian airports have increased the flight capacity by 6 per cent over 2017.  It represents an additional 2 million seats on flights to Canada.

One Response to Canada welcomed record 21.13 million of tourists in 2018