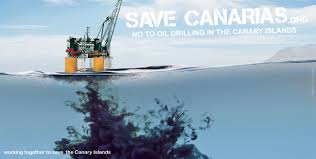 Spanish archipelago, the Canary Islands might be the latest holiday hotspot to initiate a tourist tax and limit its holiday rentals. The imposition of the tax is expected to restrict the number of holiday homes for curbing over-tourism.

The Canaries, whose seven islands include Tenerife, Lanzarote and Gran Canaria, are known for attracting tourists over the years and are said to have welcomed more than 16 million visits in 2017.

Officials in these popular hotspots are thinking of bringing in a system alike the “eco-tax” in the Balearics which was introduced in 2016. The Balearics – which include Mallorca and Ibiza – would double their tax during high season to battle overcrowding. The taxes are expected to raise up to €120 million in revenues each year. Rates will be reduced during the winter months and those under 16 would be exempted from paying the tax.

The proposed tax in the Canaries, similar to the Balearics, could be used to fund environmental projects, promoting sustainable tourism as well as innovation and training. Tourism is an essential part of the Canary Islands’ industry with tourists seeking sunshine and beaches visiting its archipelago for decades. It is a leading tourist destination, particularly for the British and Irish holidaymakers.

Poland’s ruling party, the Law and Justice Party, has been trying to raise awareness of the hardships suffered by Poles under Nazi rule, including the death penalty imposed on Poles who aided Jews. This legislation is their most recent step in bringing the better part of their past to the limelight.

The international IMTM tourism conference is the Israeli tourism industry’s annual gathering, attended by hundreds of participants from 50 countries, including more than ten tourism ministers.

In the past two years, coinciding with the “open skies” policy and a growth in the number of airlines operating in Israel, there has been a sharp surge in the number of Polish destinations that may be reached by direct flights from Tel Aviv.

El Al, Lot, Wizz Air and Ryanair all operate flights to Poland from Tel Aviv, to destinations such as Warsaw, Kraków, Poznań, Gdańsk, Wrocław and Lublin.