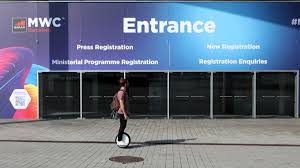 The cancellation of Barcelona’s Mobile World Congress is certain to have a major effect on the telecom industry, as the year’s major event to socialize and sign deals wouldn’t be taking place. It will also have a huge effect on another industry: Barcelona tourism and perhaps European tourism in general.

The event was scheduled to take place Feb. 24 to 27, but was cancelled Wednesday due to global concerns over corona virus outbreak. The GSMA, organizers of the event, made the decision after major tech companies including Amazon, Nokia and LG Electronics withdrew over concerns.

The congress has been held in Barcelona since 2006, and from that time, it has served as a key component of Barcelona’s visitor economy. In 2019, the event attracted more than 100,000 visitors from 200 countries. It also resulted in an estimated economic impact of 473 million Euros ($513 million) and 13,900 temporary jobs. The cab drivers, restaurateurs, and tourism businesses also saw a lot of patrons.

Events like MWC is also an opportunity for Barcelona to showcase itself as an ideal place for such mega-events, offering nice weather, spacious facilities, and plenty of culture and dining options to keep conference-goers happy after hours.

“Obviously, we’re sorry about the economic impact the cancellation will have, but also about the volume of work, so much work by so many people, so much enthusiasm that goes into it, and clearly there were so many people looking forward to coming and exchanging experiences and knowledge, so we’re sorry that’s not going to happen this year,” Barcelona Mayor Colau said.