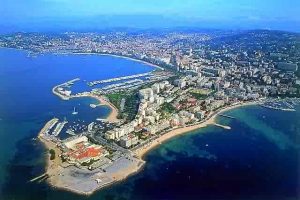 The mayor of Cannes, David Lisnard, recently conducted a study on how cruise ships were affecting the local ecosystem. The recent decision of banning some selected cruise ships is inspired by this. However, not all cruise ships are going to be banned in Cannes. Only those who do not meet a 0.1 per cent sulfur cap in their fuel emissions will be banned.

“I propose that the prime minister provide the mayors of coastal municipalities with police power to fight against ships’ marine pollution,” Lisnard wrote in a Tweet on June 2019.

As per records available with the Cannes authorities, 370,000 people reached Cannes by cruise ships in 2018, the fourth busiest port in France. According to the authorities, if the high-polluting ships approach the port despite the ruling, they will not be allowed to unload any passengers.

According to the German pollution analyst Axel Friedrich, the fuel used by cruise ships contains nearly 2,000 times more sulphur oxide compared to ordinary diesel. A consortium of shipping and maritime firms has agreed to accelerate the transition to zero-carbon shipping by 2030.

This has to be mentioned here that the Norwegian Cruise Line Holdings, responsible for about 40 per cent of Cannes’ total cruise ship traffic, has signed an agreement with the city as per which it will make its ships more environmentally-friendly.

Another French port city is now enforcing a similar ruling. Saint-Raphael, located between Cannes and St-Tropez, has brought out a norm as per which ships that wish to dock there will be required to sign a similar agreement to reduce their emissions.

Some European cities are also trying to limit the number of cruise ships citing over-tourism.

Santorini has allowed a maximum of 8,000 cruise ship passengers on a daily basis. Erosion and overuse of water have been the reasons cited for the decision. The City of Venice has also banned large cruise ships from its historic centre earlier this year.