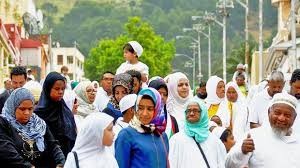 Cape Town and the Western Cape aim to specialize in attracting a tourist market and a buying power worth $3trn by 2021. The city and the province held the inaugural “Africa Halal Week” in Cape Town.

The one-week summit was held in partnership with the Western Cape Investment and Trade Promotion Agency (Wesgro) in order to develop ideas on how Cape Town and the Western Cape could become specialists in coming up with Muslim-friendly tourism solutions.

The region wants to use its experience and emerge as the first place in Africa to certify halal products to serve Muslim tourists with products and services including halal food, Muslim-friendly entertainment, clothing, cosmetics and pharmaceuticals.

The Muslim tourist market is poised to become large, and this is why Cape Town aims to get into the game before time.

Halal has seen more discriminating spending by Muslim consumers, not only on food, but on various products including pharmaceuticals and cosmetics.

The Western Cape Province currently accounts for 0.3% of the global halal market.