Cape Verde to attract more than a million tourists by 2020 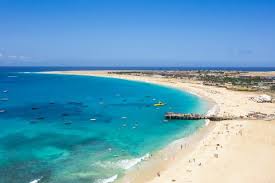 Cape Verde could be on the brink of a hotel development wave if the government fulfils its promises to improve infrastructure and transport links.

If the government works on improving the infrastructure and transport links, Cape Verde could expect a major hotel development.

There will be more investor opportunities on the archipelago which will be more than the existing hotel supply as it aims to attract more than a million tourists a year 2020.

Cape Verde is strategically located in the Atlantic Ocean which is an hour from Dakar and four hours from Brazil and Lisbon.

Before the Forum de l’Investissemnet Hotelier African in Marrakesh to be held in 2019 a detailed analysis has been provided from Horwath HTL which is a global leader in hotel, tourism and leisure consulting.

The event will be focused on the markets of north and west Africa while the conference organised by Bench Events which is a sister event to the already established Africa Hotel Investment Forum.

Philippe Doizelet, Horwath HTL managing partner, hotels, based in Paris during the conference  will be sharing his expertise, gained from 300 development studies both in France and internationally.

As per him Cape Verde has 45 per cent of the GDP coming from tourism-related services due to economic stability and growth along with improved international links there will be golden scenario.

Sal, Boa Vista and Praia mostly have short term development opportunities in Cape Verde. Major group leisure destination will be Sal and Boa vista while Praia will be developed as an administrative and business hub.