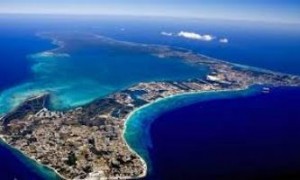 The creation of employment and the business opportunities for the locals in Cayman Island, which is an overseas territory of the United Kingdom, is a key aim for the development.

It is according to the Deputy Premier Moses Kirkconnell, Cayman Island will present a series of jobs to the locals from the part of travel and tourism.

The plan tourism chiefs will present at a series of public meetings over the next few weeks. It also looks at the demands the influx of new tourists is putting on the islands’ infrastructure and attractions.

Mr. Kirkconnell addressed that the arrival numbers were likely to continue to grow in the short term, with another new record of 425,000 visitors forecast for 2018.

He said that the tourism jobs, including jobs at government-owned companies like Cayman Airways, the Cayman Turtle Centre and the airports authority.

These were already the foundation stone of a strong middle class on the island. But he believes more can be done to link the next generation of Caymanians to careers in the industry.

He said that the tourism school was helping to prepare school-leavers for entry-level careers or further education. And the ministry is also partnering with U.S.-based Johnson and Wales University to offer hospitality scholarships.

The tourism plan also looks to expand a financial and mentoring model to incentivize Caymanians to seek business opportunities in tourism, as well as creating a better link between scholarships and career paths in Cayman’s tourism industry.