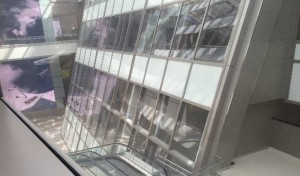 Spanning more than 13,900 square feet, the new lounge will feature amenities inspired by Los Angeles, including a unique tranquility area, spa, family room and custom, visual wall installations, in addition to the premium amenities found across Centurion Lounge locations. The Centurion Lounge at LAX will be located post-security in the Tom Bradley International Terminal (TBIT) and accessible to Terminals 4, 5, 6, 7 and 8.

“Creating new and fresh experiences at the airport is a key element of our vision to deliver a gold standard airport at LAX and we are  pleased to work with American Express to add the Centurion Lounge to the Tom Bradley International Terminal,” said Los Angeles World Airports (LAWA) Chief Executive Officer Deborah Flint.

With the addition of the new Centurion Lounge, American Express is being recognized as a Brand Sponsor at LAX and will be launching significant advertising and promotion programs engineered by JCDecaux, the world’s largest out of home media company.

LAX welcomes more than 84.5 million annual passengers, making it the second busiest airport in the United States and one of the busiest in the world. The Tom Bradley International Terminal, which has the most passenger traffic of any terminal at LAX, grew by an impressive 18 percent last year.