CEO CookOff raises over $1 million for Australia’s most vulnerable 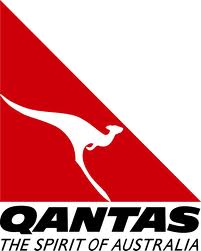 A surge of last minute donations from business and community members has seen this years CEO CookOff trump its target of $1 million.
Last years inaugural event raised $945,000 and this year funds have reached $1,085,504 which will be shared between OzHarvest, The Big Issue and ONE80TC.
CEOs including Alan Joyce from Qantas, Justin Hemmes from Merivale and Terry Davis from Coca-Cola Amatil Limited rolled up their sleeves and became sous chefs for the night. They partnered with 36 of Australia’s top chefs and created a healthy meal for over 800 guests.
Legendary Australian rock band ICEHOUSE entertained the diners, as did the Australian Girls Choir and Debbie “Spoons” Perry.
A joint initiative of OzHarvest and Qantas, the CEO CookOff aims to increase awareness of excess food which could be used to feed disadvantaged Australians, with a special focus in 2013 on women and youth in crisis.
OzHarvest founder and CEO Ronni Kahn said funds raised will allow her organisation to deliver at least one million additional meals to those in need, on top of the six million that OzHarvest already provides each year.
“We’re so overwhelmed by the continued support that our top chefs, CEOs and generous donors have shown us, it’s very heartening.
“We’re absolutely over the moon that we were able to reach $1 million before the event even kicked off.
“The event offered the business leaders the chance to cook, serve and chat with those in need. It’s important that we as a community do not ignore the issues of food access and homelessness that our most vulnerable Australians face day-to-day.”
OzHarvest has also been confirmed as an official partner of the United Nations Environment campaign called Eat.Think.Save which highlights the importance of food access.
For event images, a full list of CEOs and chefs who participated or to make a donation,
Donations can be received until 28 February 2013.