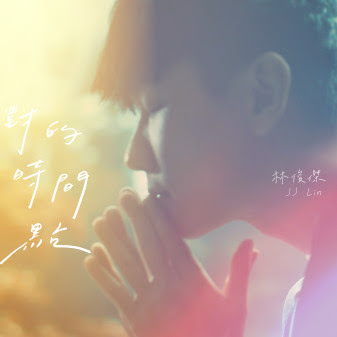 The song is a response to Jewel’s iconic attraction. JJ revealed that he felt a wave of emotions when he first saw the artist’s impression of the Rain Vortex and, at that moment, he was inspired to produce this piece.

A 15-second teaser of the music video can be viewed on Changi Airport’s Facebook page, with the complete song to be launched globally on 26 August on all major music platforms. On the same day, the music video for The Right Time will be available on Changi Airport’s social media channels[1]. Filmed last month, the video stars JJ and regionally-acclaimed actor, Christopher Lee. It features Jewel’s waterfall and its surrounding lush greenery, which has become one of the most Instagrammed spots in Singapore.

Inspiration for the song

JJ and Xiaohan (小寒)contributed music and lyrics respectively for The Right Time. Elaborating on his latest composition, JJ said, “I believe in life there’s always a perfect time and place for magical moments and things to happen; for dreams to take flight, and for love stories to be formed. Through the song, I hope to share the beauty of unplanned encounters, and for everyone to explore the connection between choice and destiny.”

On this collaboration, JJ said, “I am very excited to be part of this project. Producing a song for the Rain Vortex is an honour to me, because I believe that Jewel is a landmark that will help attract tourists from all over the world to Singapore.”

CAG’s Group Senior Vice President for Corporate & Marketing Communications, Ivan Tan, said, “We are delighted that Changi’s Jewel is the setting for this beautiful song by JJ Lin. As a Singaporean brand, we are very proud to have worked with a home-grown and world-renowned talent. JJ is a successful artiste with global reach and we believe the video will amplify Jewel’s unique brilliance and charm. We hope that through the universal language of music, more people will come to know Jewel from a different perspective.”

For most Singaporeans, Changi Airport holds many precious memories, a place with a familiar sense of home, where love ones reunite, and where goodbyes are sometimes difficult. For JJ Lin, he remembers going to the airport to hang out with friends at the fast food restaurants and cafes, and to study for his exams during his school days. “It was like a meeting spot for me and my classmates.”

JJ Lin feels a special connection with Changi Airport because it has become such a familiar spot for him due to his frequent travels. He said, “I see Changi Airport as a hub for people around the world to meet and form new connections, both socially and professionally. It is indeed a place of sanctuary, for weary travellers to rest and recover in between long hours of travel.”