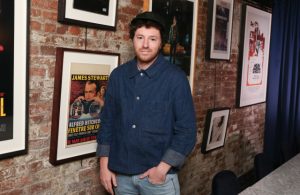 Parisian chef Jean Imbert has opened Encore in New York City. Imbert has cooked for Bey and Jay and now the other guests would be able to get a taste of the high life.

At the age of 22, he opened the celeb-favorite restaurant, L’Acajou, in Paris’16th arrondissement. And within a year after that, he won season three of Top Chef France and the Top Chef France Champions competition.

He started two other eateries in the City of Lights. In partnership with Pharrell Williams he opened a joint restaurant, Swan, in Miami’s Design District. He is the author of two cookbooks.

The restaurant’s vibe is very comfortable and dressed-down and illustrious guests Dua Lipa, Robert De Niro, and Lenny Kravitz have already made appearances.

The food is also low-key incorporating organic, seasonal ingredients in playful dishes like creamy polenta topped with grilled corn and popcorn and focaccia with pear and stracciatella.

Its chocolate/caramel/sea salt dessert, is known for its sweet-salty deliciousness.

Speaking of the ‘Gram, you’ll want to snap a few photos of the massive artwork by elusive French photographer and graffiti artist JR, as well as Imbert’s personal collection of iconic movie posters.