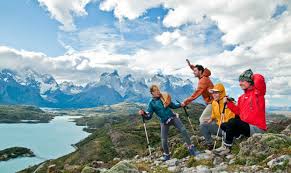 On Wednesday, Chile introduced an international ad campaign to endorse the country as an appealing adventure travel destination for all adventure lovers world over.

The move followed a major decline in international visitors driven away by more than two months of irregular violent anti-government protests.

At a ceremony in Santiago’s Metropolitan Park, officials and Chilean sports personalities assembled to publicize the campaign, targeting to place Chile as “the best field” for adventure and rugged sports.

“Many tourists who visit Chile say they do sports in our country’s outdoors, because through our sports figures they have gotten to know the marvels of northern, central and southern Chile,” Sports Minister Cecilia Perez said.

About 30 percent of international visitors to Chile explain that they partake in a particular sport during their stay, and up to 60 percent confirms that they come for the nature and wildlife, as confirmed by Chile’s Federation of Tourism Businesses (Fedetur).

The campaign, called “Welcome to Adventure Tourism,” will aim on numerous countries to boost up tourism.

Fedetur is braced for a 38.2-percent fall in overseas visitor arrivals at its current peak season (summer in the Southern Hemisphere).

Tourism creates over 400,000 jobs all through the country, according to Monica Zalaquett, deputy minister of tourism.

Chile was recognized for the fifth time in November 2019 as South America’s Best Adventure Tourism Destination by the World Travel Awards.