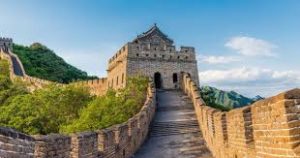 China has emerged as one of the world’s most-watched and hottest tourist markets. According to a report by market research firm Euromonitor International, China is expected to take over France as the world’s number one tourist destination by 2030.

One reason is dim sum, the Great Wall and Tibetan Buddhism, all of which are symbols synonymous with China, and they are becoming more and more familiar with foreigners.

China’s tourism rates have greatly expanded in the four decades since it was reformed.

Ctrip said that of the 139 million people who visited China in 2017, 29.16 million were foreign stayover tourists.

The 2022 Winter Olympic Games are set to take place in Beijing and towns in nearby Hebei province. Ctrip said that Beijing 2022 will only add more momentum to the growing Chinese tourism boom.

Foreign tourists stay an average of three days in China, with Beijing, Shanghai, and Guangzhou the top three destinations.