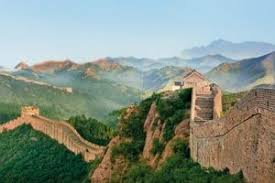 China’s outstanding performance in tourism development has strongly propelled travel-related industries in the Asia-Pacific region and around the world in recent years.

In 2017, the number of inbound travelers staying overnight in China had gone up 2.5 percent compared to 2016, reaching 60.7 million, and Chinese travelers have made 140 million outbound trips last year, marking a 11 million increase from 2017. International visitors to China accounted for nearly 20 percent of all travelers and 8.4 percent of the tourism revenue generated in the Asia-Pacific region.

China has proved to be a strong support for the development of tourism in other countries in the region. For example, almost 60 percent of the 4.7 billion U.S. dollars that Cambodia received in the first nine months of 2018 for developing its tourism came from China.

China is empowering the world’s tourism development since the Belt and Road Initiative was announced in 2013. Booming mobile payment services in China have also contributed to the growth of tourism industry considerably.