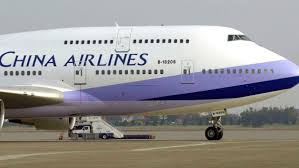 China and European Union regulators have signed two “landmark” aviation agreements boosting their cooperation in the sector, China’s state-run CCTV and the EU said on Monday.

Under the deals, civil aviation authorities will facilitate the recognition of each others’ evaluations and certifications for aeronautical products.

The agreements will also make it easier for EU and Chinese airlines to fly between the 28-nation European Union and China.

European Commission President Jean-Claude Juncker said the agreements were a “big step” to create jobs, boost trade and accelerate economic growth. Juncker said in a statement that in an increasingly unsettled world and Europe’s partnership with China is more important than ever before.

The agreements marked the first time that China and the EU have reached such a deal in the civil aviation sector. Under the so-called bilateral civil aviation safety agreement (BASA), the EU and China have agreed to reduce duplications in certification and evaluation activities, the EU said in a statement.

The BASA will also promote cooperation on civil aviation safety and environmental compatibility.

The second pact on “horizontal aviation” is set to replace bilateral agreements that so far have regulated flights between the EU and China.  When the agreement becomes operational, European airlines will be able to fly to China from each of the 28 member states, the EU statement said. Currently, European airlines can fly to China only from EU states which have a bilateral deal with Beijing. The agreements must now be formally adopted by the European Commission, the EU’s executive arm, and the Chinese transport administration before they can be operational.