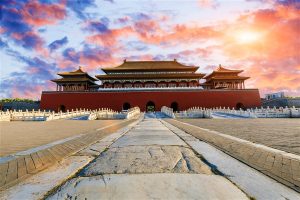 China is now going to implement six-day visa-free tourist stopover scheme for more ports from December 1. Tourists from 53 countries will be able to take entry without a visa to 20 cities through the ports for up to 144 hours.

The main aim for starting the scheme of visa-free tourist stopover was to attract more tourists and help generating more revenue from tourism.

Visitors will require a current passport and tickets to a destination outside China that are valid within the visa-free period to take entry.

The number of visitors will be limited to the city where they are supposed to arrive. However, inbound travellers at Chongqing Jiangbei International Airport will be allowed to visit 11 cities across Sichuan province.

Qingdao in Eastern Shandong Province and the capital of Central hubei-Wuhan were two among the four cities which started offering 144-hour stays.

Beijing, Shanghai, northen coastal metropolis of Tianjin and the technology centre of Hangzh in eastern Zhejiang province had implemented this visa- scheme earlier.

Among the 53 countries where tourists would be allowed to enter without a visa include United States, European Union members, , South Korea, Russia, Japan and American nations including Brazil, Argentina,, Scandinavia and Gulf Arab States.

The number of tourists has increased in the past four years, says a report by the World Tourism Alliance and the China Tourism Academy published last month.

A total of 141.2 million tourists came in China in 2018 and this shows a 1.2 per cent increase year-on-year increase. Increase from international tourism is said to be US$ 127.1 billion, which has increased by 3 per cent from 2017.

China’s outbound tourism market is supposed to be the biggest in the world. As per the reports, around 150 million people have gone overseas in 2018.