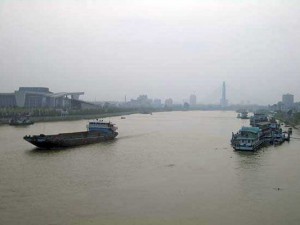 A loan of 150 million U.S dollars has been approved by the World Bank for the improvement of the inland waterway transport in central China’s Hubei Province.

World Bank further stated that the Hubei Inland Waterway Improvement Project loan is targeted at upgrading the capacity and reliability of the inland waterway transport along the Hanjiang River in Hubei.

The connectivity between the less developed central and western regions and the more prosperous eastern province in China is expected to have increased connectivity with this project.

The total investment in this project comes to 515 million U.S dollars which includes 150 million dollars of the World Bank loan and 365.13 million from Hubei provincial government.

53 kilometers of waterway will be upgraded between the Yakou and the Cuijiaying Complex. The nearby Yicheng city will get renewable energy from the Yakou hydropower.

More than 5,300 hectares of existing farmland will get gravity flow irrigation through this.

The ecological improvement and economic development brought by the greener transport mode will benefit 5.61 million residents along the Hanjiang river.

Local and green environmental benefits will also be reached by promoting green mode of transport and renewable energy.