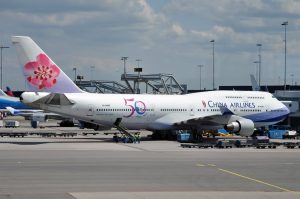 The aviation market in China has projected to overtake the United States this decade and become the world’s biggest, has shrunk to such an extent due to the coronavirus outbreak that it’s fallen from third to 25th, behind Portugal.

The aviation industry have slashed capacity because of the epidemic centered in Hubei province, leaving the industry reeling. About 1.7 million seats – almost 80 per cent of capacity – were dropped from China services from January 20 to February 17 by global carriers, according to OAG Aviation Worldwide. Meanwhile, Chinese airlines cut 10.4 million seats domestically.

John Grant, senior analyst at OAG, wrote in a report said that no event that we remember has had such a devastating effect on capacity as coronavirus. In many ways it highlights the importance of the Chinese market to aviation and the rapid globalization of air services as new markets and travelers emerge.

Many airlines have suspended flights to China in an effort to contain the virus, which has killed nearly 1,900 people in the country and infected more than 72,000. The total number of seats from China to Hong Kong and Taiwan has dropped a quarter of a million in five weeks, while the country’s three main airlines slashed international capacity by between 80-90 per cent, according to OAG.

After the cuts, China Southern Airlines Co. operates only about 800 seats more on international services than Air Astana JSC of Kazakhstan, while China Eastern Airlines Corp. is just ahead of Tunis Air, Grant wrote. Both Chinese carriers reduced capacity by more than 200,000 seats a week because of the virus, according to OAG.

The damage to some airlines and the long-term impact on their growth may linger beyond the virus, Grant said.