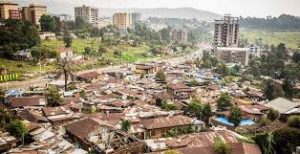 Aviation Industry Corporation of China (AVIC) has started construction on a five-star hotel in Ethiopia’s capital, Addis Ababa at a cost of 150 million U.S. dollars.

Asrat Begashaw, head of public relations at ET said that the under construction 150 million U.S. dollars luxury hotel being built on 22,000sqm of land will have 637 guest rooms, restaurants, bars, conference hall, swimming pool, fitness center and a basement parking which can accommodate 550 cars.

Hosting the largest Chinese restaurant in Africa and a conference hall with a capacity of accommodating some 2,500 people, 373 guest rooms and spacious executive suites, the luxury hotel is said to enable the airlines to offer packaged tour and travel programmes.

In January this year, ET has inaugurated a five-star luxury hotel constructed at cost of 65 million U.S. dollars by the AVIC.

With China being Ethiopian Airlines single largest customer base, the airlines plans to further strengthen its partnership with Chinese firms in ET’s future projects, according to Begashaw.

On Wednesday, ET conducted its first cargo flight from the Chinese city of Chongqing to the Brazilian city of Sao Paulo, further strengthening its presence in the Chinese air market.

ET is also planning to start flights to the southern Chinese city of Shenzhen in China’s southern Guangdong Province, which is home to internationally known high-tech companies including Huawei and ZTE.

Ethiopian Airlines became the first African carrier and the fourth in the world to fly to China back in 1973.