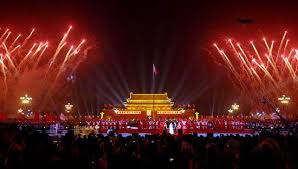 The Chinese Golden Week travel period from October 1 to 7 saw an increase in travel, both domestic and international, despite rising concerns over the trade war with the U.S., slowing economic growth, rising public and private debts, and other issues that have prompted authorities to issue guidelines to news outlets that restrict coverage of these economic concerns.

The week-long holiday has produced some imposing tourism growth for China and some of its neighboring destinations that should allay some concerns about consumer confidence in China.

For international travel, most major destinations will likely post big gains when official statistics are released; however, arrivals to the United States will likely be far below last year’s numbers.

The United States dropped from fifth place last year to 11th. The exact drop is hard to calculate, but one estimate from Ctrip-owned OTA Skyscanner puts the decline in Chinese flight bookings to the United States for the holiday at 42 percent compared to the same period last year.

An estimate from ForwardKeys claims arrivals to the U.S. have fallen 5 percent so far this year and 8.4 percent year-on-year in August. The full numbers won’t be available for some time, especially for international destinations.

According to the Ministry of Tourism and Culture, a strong domestic showing has already been recorded. Chinese tourism sites received 726 million visits from domestic tourists during the holiday, , up 9.43 percent year-on-year. Some of the increase in visits to tourist sites may be attributed to many government-run sites reducing ticket prices during the holiday.

An exact number of domestic tourists still isn’t available, and can be hard to pin down regardless. Nonetheless, it’s clear that the overall number of tourists traveling around China was up, with China’s transportation infrastructure struggling under the load.

On Sunday alone, an estimated 15.2 million people traveled via China’s railways, prompting China Railway Corporation to increase the number of trains in use by 800. Add on the millions that traveled by car, bus and plane, and it’s obvious that the number of tourists traveling this year was staggering.

The domestic tourism market easily dwarfs that of outbound travel. In regards to international travel, it’s also an important indicator of the value that Chinese consumers place on travel. For many Chinese consumers, it’s one of the few chances in the year they have to pursue leisure tourism.