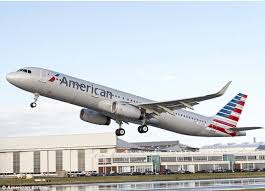 The Chinese government has refused U.S. requests for talks over American airlines and their websites refer to Chinese-claimed Taiwan, according to sources, including a US official, adding to tensions in a bilateral diplomatic and business relationship already frayed by a major trade tension.

The Beijing has demanded that foreign firms, and airlines in particular, begin referring to Taiwan as Chinese territory on their websites, along with Hong Kong and Macau, a move described by the White House in May as “Orwellian nonsense”.

But several U.S. companies, including Delta Air Lines and United Airlines, were among carriers that sought extensions to a May 25 deadline to make the changes. The final deadline is July 25.

In late May, the U.S. State Department presented China’s Foreign Ministry with a diplomatic note requesting consultations on the matter, but the ministry has since refused it.

An official with the State Department confirmed that the China had rejected its request for talks on June 25, adding that it was “disappointed” and had maintained close communication with the airlines but had not told them how to respond to Beijing’s demands.

The State Department official said that the U.S. airlines should not be forced to comply this order to publish Taiwan as China Taiwan.  They also said to stop threatening and coercing American companies and citizens.

The official also added that most of the Chinese airline companies are free to operate their websites without having any political interference in the United States.