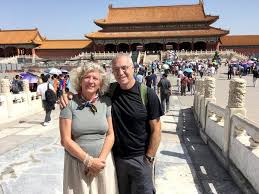 An exhibition displaying tourist and cultural attractions of China was one of the best parts of the 16th New York Times Travel Show at the Jacob K. Javits Center in Manhattan, New York, which ended on Sunday. Arranged by the Ministry of Culture and Tourism, China, the exhibition attracted the eyes of thousands of visitors with unique Chinese cultural elements familiar to Americans, like gigantic posters of pandas and Spring Festival decorations encircling the booth.

In the meantime, several brochures containing recommended travel routes and sites in China were distributed among visitors. Also, the organizer collaborated with several local travel agencies and other Chinese airlines to plan definite tourism products serving local interests and tastes.

Kuang Lin, chief of the China National Tourist Office in New York, stated that the exhibition targeted to explain the charm of China via both its culture and landscape, and boost up bilateral exchanges between China and the United States, through tourism.
In North America, the New York Times Travel Show is the largest of its kind. The 2019 edition experienced more than 550 exhibitors and more than 30,000 professional attendees from around the world.