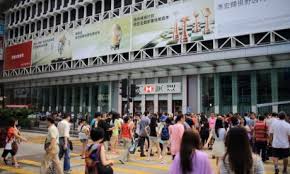 A decade ago, Palau’s Rock Islands were a retreat for travelers who sought solitude. They had a chance to bond with nature in the lagoons and diving spots teeming with rare fish. Then scores of Chinese tourists started visiting the limestone islets.

Ngiraibelas Tmetuchl, chairman of the Palau Visitors Authority said, “The experience was diluted. You were paying a lot of money for exclusivity, but now you’re experiencing it with a lot of people.”

Across the Asia-Pacific region, many countries are finding themselves in a similar dilemma. Chinese visitors bring much-needed cash into local economies. But their sheer numbers are giving rise to environmental concerns, and at times, stirring animosity among local residents.

In Palau’s case, the flow of Chinese visitors peaked in 2015, with 88,476 coming to the remote island nation of 21,500. The influx gave rise to fears of environmental degradation and prompted the government to halve the number of charter flights from Macau and Hong Kong, which accounted for most of the arrivals.

Chinese arrivals last year were down by a third, compared with the 2015 figure. However, the downturn has left boats idle and hotel rooms vacant.