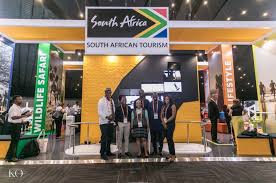 There was no further elaboration on why fewer Chinese tourists visited South Africa. However, strict visa requirements and security concerns are believed to be the main factors discouraging  Chinese tourists from visiting the country.

The minister further added that one of the most effective ways to increase tourist arrivals is to make it easier for people to travel to our country.

India is considered to be one of  South Africa’s top 10 source markets hardly saw any growth but number of tourists from other countries significantly grew.

Visitors from North America grew by over 7 percent, Germany by 12 percent, France by 27 percent, and Brazil by 75 percent, according to the minister during the period.

2017 figure analysis  showed that while visitor numbers from visa exempt countries grew impressively, the opposite is true for visa requiring countries.

The Russian visitors increased by 52 percent after a key decision that visas would no longer be required for Russian tourists was made in 2017.

For New Zealand it was seen that there was  a sharp contrast after a visa requirement was imposed and the number dropped by 24 percent.

In 2017, 10.3 million tourists visited South Africa and the  overseas arrivals grew year on year by 7.6 percent.

1.3 billion people travelling internationally and tourism is the fastest growing industry. It was reported that in South Africa tourism has outpaced other sectors. It contributes about 9 percent to the country’s Gross Domestic Product.