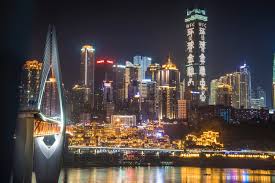 Foreign tourists are likely to get 11% sales tax refunds on their shopping in the gigantic city of Chongqing that will commence next month as per a statement of the finance ministry of China.

Chongqing is reputed for its rapid economic growth.

In fact it is the latest Chinese city that offers tax incentives to lure overseas travellers, following the lead by other nations including Shanghai and Beijing.

Chongqing has been in the limelight following the downfall of its former Communist Party leaders Sun Zhengcai and Bo Xilai on corruption charges. And thereafter it has making the best efforts to emerge as a regional magnet for international investors and tourists on the back of the finance and shipping industry.

It is also placing itself as a gateway for China’s international infrastructure and trade push that is also known as the ‘Belt and Road Initiative’.

The economy of the municipality had expanded by 9.3% in 2017 marking a 15-year streak of double-digit growth. Chongqing had catered for 3.6 million tourists last year marking a rise of 13.2% on the previous year.

The tropical island of Hainan had started to offer overseas tourists sales tax refunds in the year 2011.

The state taxation authority of China started permitting other Chinese cities to offer a similar incentive to boost inbound tourists in 2015. The tax refund system has extended to 23 provinces to date, including the inland provinces of Henan and Gansu.

Foreign tourists from Macau, Hong Kong and Taiwan residing on the Chinese mainland for fewer than 183 days are entitled to an 11% rebate after spending at least 500 yuan (US$80) at one designated store per day.

The refund is valid for purchases made up to 90 days prior to departure.