Clark has immense potential to become a preferred MICE destination 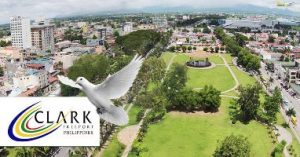 Santos Knight Frank (SKF) executive said Clark welcomed about 500,000 visitors in 2018 and hosted 43 running events, three festivals and 14 spectator events. Jan Custodio, senior director SKF for research and consultancy said that Clark is slowly becoming a MICE destination. As per him, most of the hotels have facilities capable of accommodating conferences. The airport is also an important factor.

In 2019, a total of 618 new hotel rooms will come online with the opening of the Hilton and Hyatt Hotels. The supply of branded hotel rooms within Clark Freeport Zone is still seen as limited and has put pressure on rates.

The increasing number of tourist arrivals, business and investment activities in the metropolis has caught the attention of international hotel operators.

At present, the weighted average daily rate of five-star hotels within Clark Freeport Zone has already reached P11,151, higher than the P8,432 average in Makati and the P9,158 in Bonifacio Global City. In addition, a night at four-star hotel in the metropolis now averages at P7,674, more expensive than Makati’s P6,441 a night.

Connectivity is the key to it becoming an preferred destination for the meetings, incentives, conventions and exhibitions (MICE) sector. In 2018, Clark International Airport reportedly catered to more than 2.6 million passengers, a 75 percent growth year-on-year.

The metropolis is hosting the Southeast Asia Games in 2019 which will strengthen it as a destination in terms of tourism and allow it to showcase key developments in airport infrastructure, sports facilities and property.