CLIA committed to reduce 40% of carbon emission by 2030 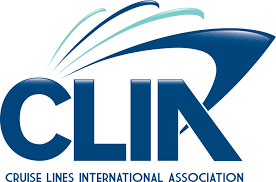 Cruise Lines International Association announced  an industry commitment of cutting the rate of carbon emissions by  40 per cent across the industry fleet, against a 2008 fleet baseline.

The emissions rates will be based on the fleet’s total carbon emission , total ship berths and the distance travelled. Further, CLIA will be providing an annual industry report too.

Arnold Donald, Global CLIA chairman and president of Carnival Corporation said that  the  announcement was a tribute to cross-industry collaboration and a shared commitment to environmental sustainability.

By the end of the century they aspire to the International Maritime Organisation’s vision of a carbon-free shipping industry. This will be their first strong step towards realizing the vision.

In order to build a consensus among cruise line leadership the initiative to reduce the rate of global fleet by 40 per cent came into effect.

CLIA cruise lines is also responsible for sustainable programmes for reducing waste and preserve and protect the oceans.

The entire reduction programme will be facilitated by innovative technologies in ship design and propulsion.

Last week the industry’s first liquid natural gas-powered ship was launched and around 25 similar ships are expected to be operating by 2025.

It is found that  LNG generates significantly fewer emissions than  the usual  marine fuels.There will also be advanced air quality systems deployed by CLIA cruise lines to reduce ship exhaust by up to 98 per cent.

This is the first initiative by a maritime industry to endorse carbon emissions commitment.