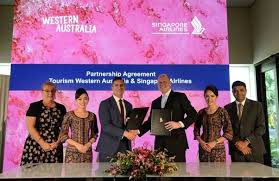 Aiming to attract Singaporean visitors to the Western Australian State, a road trip in a campervan to explore the stunning regions of Western Australia is being promoted through a co-operative marketing campaign.

The campaign is a partnership between the State Government, through Tourism Western Australia, and Chan Brothers Travel which is a Singaporean travel agency.

Prospective visitors will be tempted with new packages including itineraries spanning Perth and regional areas such as the Golden Outback, Coral Coast and the South-West.

The campaign includes digital and print advertising, and will also be promoted at travel fairs with a focus on Western Australia campervan packages.

Targeted at families, couples and groups of friends, the campaign activity which started in June 2019 will run until June 2020.

Singapore is one of Tourism WA’s key international markets. It was WA’s second largest market in terms of leisure visitor spend in 2018.

The deal forms part of the unprecedented $12 million international marketing boost announced by Premier Mark McGowan and Tourism Minister Paul Papalia in March to grow the number of people visiting WA from overseas.