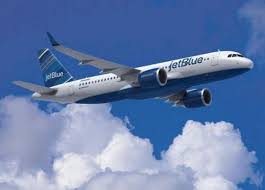 An aircraft of JetBlue that was travelling from Puerto Rico to Florida was compelled to opt for an emergency landing on Sunday after its cockpit window cracked.

It was bound for Tampa. But then it had to be diverted to Fort Lauderdale after the aircraft was damaged as reported by the local news media. The flight landed around 1 p.m. and passengers were unloaded and transferred to an alternative airplane to continue on their destination.

A reporter from a local news media platform in Tampa was on the flight and mentioned that the pilot had informed them that this kind of a thing ‘isn’t uncommon’.

JetBlue released a statement asserting that a JetBlue flight had to make an emergency landing on 6th May in an abundance of caution after a report of damage to one of the outer layers of the cockpit windscreen.

Customers were accommodated on another airplane. The incident comes just a week after an airplane of Southwest bound for Newark had to be diverted to Cleveland on Wednesday after a cabin window broke. But then the airline mentioned that the airplane maintained pressurization and the plane landed ‘uneventfully’.