Home » Collier County sees an increase in visitors this January

Collier County sees an increase in visitors this January 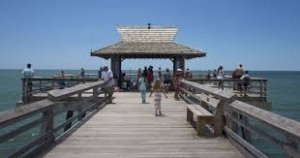 Collier County saw more visitors in January than the same month last year due gradually getting over the adverse effects of Hurricane Irma.

Last month, the county saw 186,100 visitors staying in hotels and other vacation rentals, with an increase of nearly 2 percent from a year ago. January proved to be a positive month for tourism for the county. The number of room nights booked grew 1.4 percent to 232,700. Visitor spending went up nearly 5 percent to more than $180 million. Occupancy increased almost 8 percent to 83.4 percent.

At the end of last year, an estimated 800 hotel rooms were closed in the county due to the damage by Irma and following restoration works. That number dropped to 660 in January. Latest tourism statistics reflected the impact that Hurricane Irma had on visitation and employment in the county. The tourism industry’s workforce shrank to 23,200 in September after the hurricane hit, but grew to 29,200 by December — up by 1,300 from the same month in 2016.

Walter Klages, President of Research Data Services said, “There is no question this storm had a significant impact. The good news, of course, is your industry has been very successful in recovering and restabilizing the cycle. I think that is a very positive thing.”

The county achieved a larger share of first-time visitors who had been to other parts of Florida. The frigid weather up North helped increase strong visitation last month, especially from the south-eastern, north-eastern and Midwestern United States.

Collier County continues to see an increase in visitors from markets west of the Mississippi, including Texas and California. In January this year, visitors from these areas increased 11.4 percent.