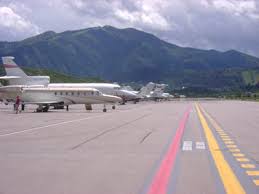 The commercial airlines to Aspen see an increase in passenger load factor in December 2018 through February 2019 as per Bill Tomcich, a consultant to Fly Aspen Snowmass. Passenger load factor is the percentage of seats used to determine the financial viability of a route.

The three airlines serving Aspen-Pitkin County Airport had a combined load factor of 70.1 percent in December, which accounted for 9,000 round-trip passengers. The load factor was a rise of 16 per cent over December 2017.

The abundance of snowfall has lead to increased business locally. There were fewer cancelled and diverted flights.

Snowpack in the Aspen area is 140 percent of median this winter, and Aspen Skiing Co. recently reported that the new Ikon Pass has translated into 9 percent of Skico’s total business through February. The Ikon Base Pass gives passholders five days combined at the four Skico resorts as part of access to 38 resorts.