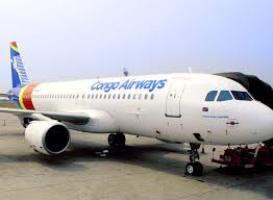 Congo Airways, the flag carrier of the Democratic Republic of the Congo has announced that it will launch the new flights between South Africa and Congo to meet the passengers demand for business sand leisure tourism.

The international flights from Kinshasa to Johannesburg will run three times a week, on Wednesdays, Saturdays and Sundays, on the two-year old airline which was launched in October 2016.

Congo Airways plans to launch flights to Cameroon, Angola and Dubai next to increase the tourism and business prospect of Africa. The airline is jointly owned by the DRC government and investors from the private sector.

The airline has a determined plan to work on the low-cost model flight which will be affordable for all the citizens to travel with. It will see it adding to its flotilla of aircraft to service more destinations outside the DRC.

Congo Airways chief executive, Desire Balazire Bantu, said that it was a “proud achievement” for them to have their first international flight to South Africa as the DRC.

The beginning of DRC-SA route of Congo Airlines follows the observance of the two countries to the Single African Air Transport Market (SAATM). It was launched in the last month on the limitations of the African Union Summit in Addis Ababa in Ethiopia.